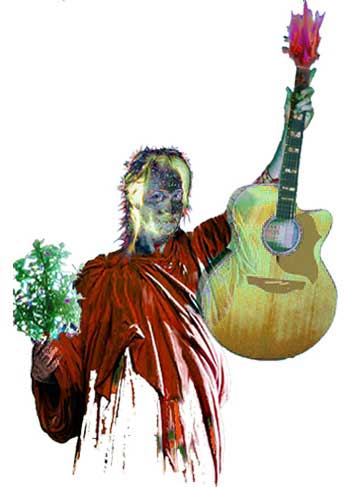 What difference will it make to the rest of the world whether Trump or Biden are elected president of the United States of America?

I’m writing this as an ‘ex-westerner’, who has lived and worked in the UK, US, EU, North Africa, Australia and now resides in China – I’m a ‘re-pat’, not an ‘ex-pat’ – And I’ve seen a lot from a western perspective, the ongoing political assassination of Jeremy Corbyn was the last straw for me with the UK. As for the untied snakes and their star spangled banner, I will be writing more on this. (always preferred the Jimi Hendrix version meself) ;>

So.. where was I.. ah yes..
Here’s a succinctly writtien summation of ‘Democracy’:

From: Sol 太阳 쏠@Solzi_Sez·Nov 2 – A very succinctly written explanation of the whole pantomime of US style ‘democracy’:

• REPRESENTATIVE DEMOCRACY: The U.S. is *not* a representative democracy either—the “representatives” are not the people’s, they are the representatives of corporations and entrenched state organizations. • STATE WILLINGNESS: If govt wanted to do what people need, it simply would. It doesn’t. You can’t use the system the govt created to force the govt to do what it doesn’t want to do. Virtue must be pre-existent—if yes, no democracy required; if not, no democracy will help.

• A CHOICE BETWEEN IMAGERY: This being the case, you’re left with only minor issues (transgender bathrooms) and being able to choose between carefully engineered public relation “feels.” Do you want some Biden feel, or Trump feel, on your corporate-imperialism-debt?

• DEMOCRACY IS HIGHLY CONTROLLABLE—that’s why America pushes it around the world. If this is why they use it abroad, why would Americans think it is used differently at home?

• Recently the system blatantly showed its true face when a court ruled the DNC is a private corporation with limited liability and thus is under no requirement to listen to voters. It said voters will not be saved by courts (which back corporations), and they know they won’t be saved by democracy (rigged), the court said use your “free speech” (but communication channels are owned by corporations). So now what?
This is the U.S. “democratic” system.

• WHAT IS THE SYSTEM, REALLY? And thus, if not democracy, what is the political system of the U.S.? The court ruling tells us—it’s a corporate dictatorship. A system where essentially all decisions are determined by the math algorithm of what maximizes profits for corporations.

This unpalatable system is given legitimacy by a thin veil of “democracy” and “free markets” propaganda. This is why I say to be pro-democracy is to be pro-corporate fascism. You can’t fight corporatism with democracy, because democracy is corporatism’s outer form.

Speaking of Democracy.. and Socialism:

Let’s be clear, western, US-style ‘Democracy’ gives the illusion of choice. The ‘choices’, of course, lead to the same result, the choice has already been made. There is no real choice.

The ‘game’ is rigged from the outset. Do you honestly think that the MIC (Military Industrial Complex / Pharma / Pentagon / Bank would allow someone like Jeremy Corbyn or Tulsi Gabbard to have any chance of being elected and thence derail their hegemonic corporate war gravy train?

Not a chance. Never gonna happen. The ‘choices’ you have are pre-ordained; and only serve the vested MIC anglozionist corporate interest. Nothing more. Democracy is the biggest con of the modern age.

I’ll leave you for now with the words of one of the great American people I admire: George Carlin on Gloochewb. https://twitter.com/ChinaBazzar

One thought on “US Election 2020 and aftermath – post Trump America”

US empire is a parasite – China is symbiotic

US empire is a parasite – China is symbiotic

China view from an Egyptian Observer

China is the worst fear of our planet’s white western supremacists the ‘western masters’. They want you to despise and dread a country that’s done nothing to you, that hasn’t invaded anyone, bombed or sanctioned anyone, that hasn’t overthrown any foreign government, or used its military on anything since 1979. You’ll hate China and pray for its collapse, so that the West can continue to do what it’s done since the age of Hernán Cortés and Francisco Pizarro — rape and pillage the earth from Latin America to Southeast Asia, and disguise its blood-spattered imperialism in the soft power and propaganda of “Western civilization” and world leadership.

US MPIC path to War against China

It was gripping, stunning testimony. Before congress, a 15 year old volunteer nurse, Nayirah, struggled to compose her trembling voice, barely holding back tears, as she testified that marauding soldiers had thrown babies out of incubators in a hospital, leaving them to die on the floor.
Later, Amnesty International confirmed authoritatively that 312 babies had been killed this way[1]. All the news agencies ran with the story, and the country and congress were in a total uproar.

There was only problem: it was completely, utterly, totally fraudulent. It was engineered, perjured, coached testimony concocted by PR experts, designed to manufacture consent for a US war on Iraq.

“You are paid by China to create these videos”
Barrie: No, I am not. Neither China nor the Chinese government pay me to do what I do. The truth is, if they offered I would accept!!
But neither you, not the BBC, nor anyone else on this planet has one single shred of evidence to prove otherwise.
Barrie VVeiss
p.s. I wouldn’t care a jot if you did. Translation: I wouldn’t give a fcuk if you did.

The utter absurdity of US political propaganda: “Solar Panels Made In China are bad, but Japanese
nuclear sewage is good – Beneath contempt..”

‘Hua Chunying said that this is why we feel that the BBC is facing a credibility crisis.’ – “Hua Chunying – a graceful and serene human being.. beautiful and supremely capable – a joy to watch her in action! “

How the Bank have their finger on the button

How the banks have their fingers on the nuclear button Best China Info reproducing this excellent article in whole from 15/ 02/2016 CommonWeal By CommonSpace...